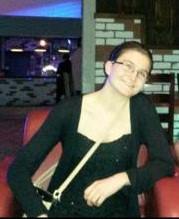 We are deeply saddened to learn that Caroline Everest who went missing early Sunday Morning after leaving the Corporation in Sheffield has been identified after South Yorkshire police found her body in a river on Summerfield Street on 24th November. Police are still enquiring into her death and if anyone has any information on Caroline that night, no matter how small please call police on 101, or Crimestoppers anonymously on 0800 555111, quoting incident number 998 of 22 November 2015. Our thoughts go out to Caroline’s family and friends in this difficult time. 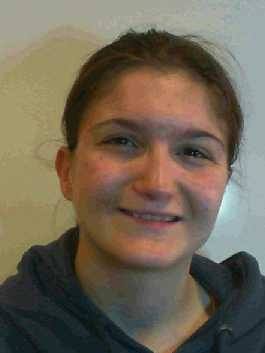 UPDATE: Cause of Caroline Everest’s death is ‘inconclusive’

Further tests have been requested to determine the cause of Caroline Everest’s death, after a post-mortem examination was inconclusive.

Caroline, 18, from Sheffield, was reported missing after leaving the Corporation nightclub in the city centre in the early hours of Sunday (22 November).

Officers searching for her found the body of a young woman in a river in Summerfield Street, at the bottom of Ecclesall road, at around 3.45am on Tuesday (24 November).

Formal identification has taken place today (25 November) and we can confirm it is that of Caroline Everest.

Detectives are continuing their investigation to piece together the exact circumstances that led to her death.

“There have been a number of developments throughout the late evening and overnight as part of this complex investigation.

“A post-mortem examination was completed however the cause of death was not established and the results were recorded as inconclusive. Further tests have now been requested.

“Officers have trawled through hours of CCTV footage to trace Caroline’s last steps to begin to understand what happened that night.

“CCTV tells us that Caroline left the Corporation nightclub on Milton Street at around 2.40am on Sunday.

“A minute later, she is seen with a man outside the Devonshire Cat pub. At 3.35am, CCTV shows them parting company on Napier Street in Sharrow.

“Approximately ten minutes later, Caroline is seen alone on Summerfield Street, walking in the direction of the river. This is the last we see of her.

“We have carried out extensive enquiries in a bid to identify and locate the man in the earlier CCTV footage. As a result, we arrested a 31-year-old on suspicion of rape. He remains in custody.

“The investigation is ongoing and we continue to review CCTV footage from the information received from the public.

“If you saw Caroline that night, or have any information, I urge you to come forward. Any information, no matter how small, could be vital to piece together her final steps and to provide answers for her family.”