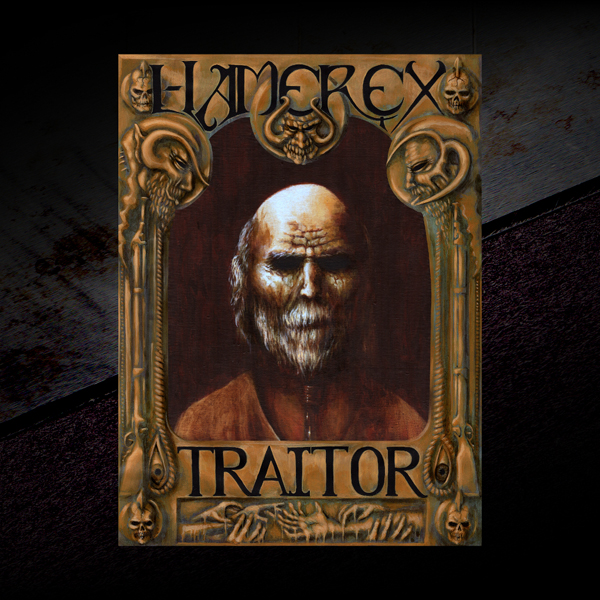 It’s been a long time coming, a year and a half to be exact, but we are absolutely delighted to be able to officially announce our upcoming third album, ‘Traitor’, which we’ve been writing since March 2015, and will be released on Friday 7th October, exactly 3 years after the release of our previous album ‘IX’. 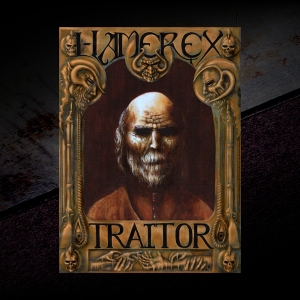 ‘Traitor’ is the first time we’ve ever sat down as a band and written full songs together, and from our perspective, the results have been incredible. We believe we’ve written our strongest ever material, and what we’ve learnt from Rites of Passage, IX and The Last Ride, we’ve also been able to improve the production considerably, with Mick Armistead having mastered the album. A special thanks also goes out to Promethium’s Daniel Lovett-Horn, who was originally supposed to be mixing the album with Mick in the studio, though insisted Andy mixed it after hearing the rough mixes.

Though the album only features eight songs, as opposed to ten like the band’s previous efforts, the run time is still just short of 50 minutes. It’s also the first Hamerex studio album to feature Steve on vocals after a successful introduction with last year’s highly praised ‘The Last Ride’ E.P. 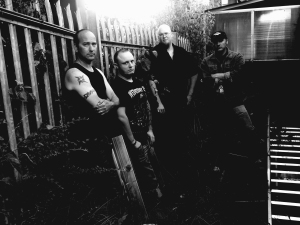 Also, a first for the band, is that partial funding for the album was achieved through a crowdfunding campaign where fans raised a fantastic £300 to help print the album. We’re still committed to making copies available to those that pre-ordered through the campaign before the release date, though they have received the digital version already.

Keira James has returned and designed a stunning piece of art to grace the album cover, while working very closely with the band to get the right look for the CD layout.

All songs were written by Steve Blower, Andy Firth and Darren Kelsall, with ‘Dead Mountain’ and ‘Journey’s End’ touching on historical events with the Dyatlov Pass Incident and Hindenburg disaster. ‘The Evil Within’, a 9 minute epic monster, focuses on the state of the human race, which was lyrically fuelled by terrorism, politics, extinction and the media.

here are some surprises on the album, such as the experimental instrumental track, ‘The Abyss’, which was written as we recorded it, and there’s also some great moments throughout, such as ‘The Nameless One’.

We’re extremely proud of this album, and we hope you look forward to it as much as we’re looking forward to unleashing it on the world on 7th October 2016.

To pre-order ‘Traitor’, you can go to Amazon or the band’s Bandcamp page, where you’ll also receive the track ‘Journey’s End’ when you pre-order, which is also available to stream.