When my notes to many tracks on this album read “not bad,” it’s not really a good thing. Formed in 2004 and three albums in, the handwritten note accompanying this release has the usual suspects mentioned: Sabs, Maiden, Metallica; just name checking them is half the battle, pushing them to the limit is the real work. This falls by a country mile. Actually, by ten of them. It just seems a bit basic. The title track opener is a bit of a screecher, Steve Blower sounding a little uncomfortable with a doomy guitar crowding out a more interesting bass, but ‘Dead Mountain’ offers something better by dint of its loping NWOBHM power and ‘The Nameless One’ is simplistically clever with a calming Blower/Firth six-string solo. It’s when they try ‘The Evil Within’ that their deficiencies are really apparently; it just seems beyond their capabilities, as the sweep and size lead to odd yelping, grinding through gears and directionless meandering, whilst ‘Journey’s End’ closes the album with a disconcerting school concert feel.

This is metal. This is simple. This is aspirational, too. It just doesn’t have the quality yet. Perfectly acceptable, but that’s not really what metal was made for. 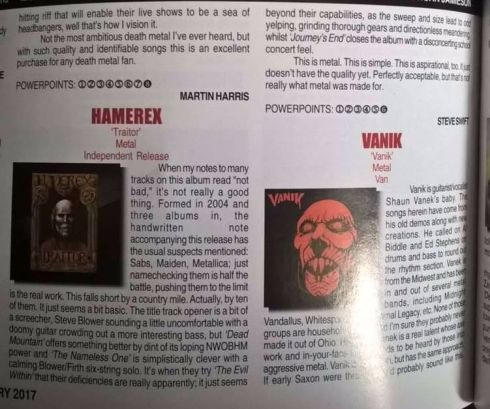