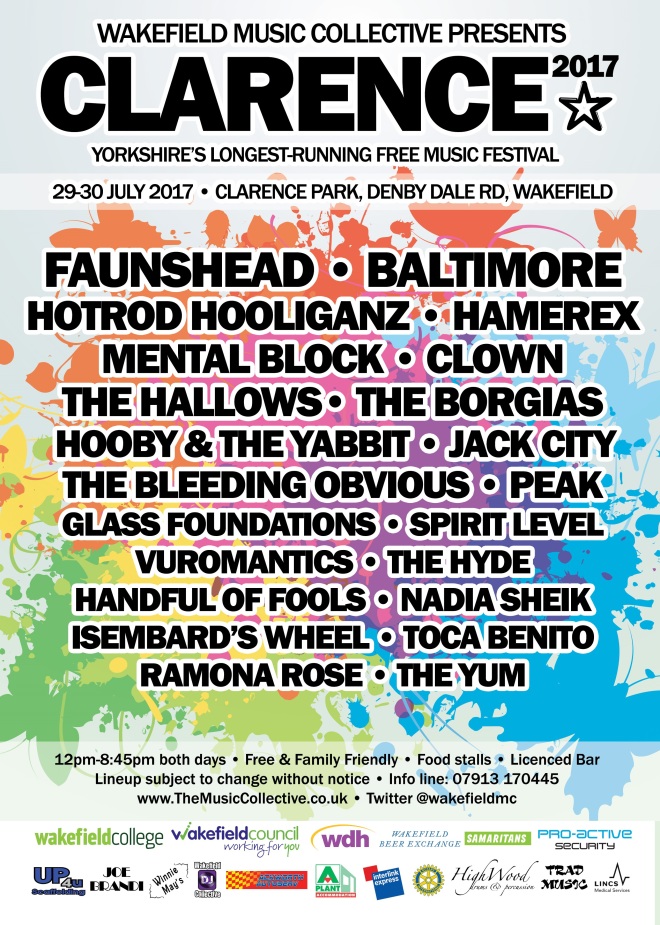 We’re absolutely delighted to be making our return to Clarence Park in Wakefield on Saturday 29th July 2017.

Now in its 26th year, we’re making our second appearance at Wakefield’s longest running free music festival, the first time was back in 2012, which is viewed as a major turning point for the band. A lot has changed since then, with only Steve and Andy having played originally, though have taken up other roles within the band.

We will be taking to the bandstand at 4pm on Saturday 29th July, with a focus on the songs from Traitor, though we’ll be including some favourites in our 40 minute set.

As always, we’ll have merch available, from CD’s to Badges, Posters, and even our brand new Traitor T-Shirts will be available, which will be arriving very soon.

We’re looking forward to seeing all our friends there for what we hope to be another memorable day. In the meantime, you can check out our last time at Clarence, back in 2012 in full.

#FromtheAbyss #Metal #Hamerex #albumcover #Bestof
The #vote for your favourite #Hamerex songs has a few more days, so if you haven't voted yet, please do. #Metal #Poll #Music #Fans https://hamerex.com/2018/07/10/vote-for-your-favourite-hamerex-songs/